My Interview with Tony Breeden 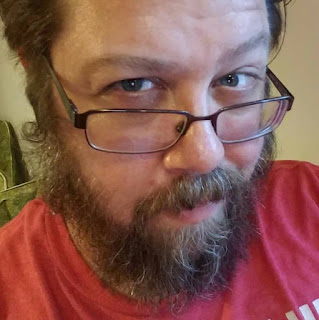 What is your name and/or pen name?


What genre do you write?


I write science fiction. My current subgenres are superhero fiction and LitRPG. At least one of my books (Johnny Came Home) also qualifies as a work of apologetics fiction. To be fair, my Impworld/Otherworld series could be described as a genre-bending blend of scifi, fantasy and LitRPG.


I also write non-fiction. I have a book on the creation/evolution debate (Defending Genesis) that complements the material in my superhero novel (Johnny Came Home). I also have a book called Strangers and Aliens that explores UFOs and the possibility of extraterrestrial life from a Christian POV.


What made you want to be a writer?


I got the writing bug as a child when my late aunt Sharon helped me make my very first book. It was about dinosaurs, vigorously illustrated in crayon. I continued writing as a child and on into my high school years. A lot of those early works inform my published books. For a long time, it was just a personal hobby.


I was browsing local Christian bookstores, just bored out of my mind. With few exceptions, I was looking an endless sea of romance novels, marketed at women. I’m a guy, so I’m into science fiction, fantasy and action thrillers. I remember thinking, “Why should I be forced to get the stuff I actually enjoy reading from secular bookstores in novels written from a non- or even anti-Christian worldview?”


So I started writing the kind of books I wanted to read. My first book, Johnny Came Home, was published in 2012.


What do you use to keep yourself inspired while writing?


I never know how to answer that question. My mind is filled with a ridiculous amount of books, cartoon series and movies. I grew up in the Eighties, so… Well, there’s a lot going on up there at any given time. My imagination has always been on overdrive. Just add coffee.


How do you feel about the writing community as a whole?


Most of the people I associate with are just great. We encourage each other, critique each other’s work, cry on each other’s shoulders, promote each other and trade bad puns. Bad puns are the best! It’s more of a spirit of comradery than competition.


Have you or will you be willing to collaborate with other authors in the future?


It depends on the project. I’ve considered developing a shared world and inviting other authors to come be a part of it, rather like the Dragonlance saga was developed beyond the first six books. That would be fun.


Tell us about your book and if it’s upcoming or already published.


Soulbright is Book 2 of the Impworld/Otherworld series. It was published in July. This tale involves Copernicus Gallows, a monster hunter played by Marcus Wayne, as he plays the universe’s most popular sword and sorcery game on GameComm’s terraformed alien world. The book is a work of LitRPG, sort of like Warcraft meets Ready Player One. You see both sides of the game: the player and the character he plays. In this case, dragons are actually biological robots and the magic is facilitated by ubiquitous nanites. The game is part LARP (live action role play) and part reality TV.


Copper is out to find the next piece of an artifact that has the power to end his most powerful foe: Impunus, the brat prince of vampyres. Unfortunately, to continue his on-going quest, he must brave the Accursed City of Eternal Night, foil an ancient prophecy and best Impunus’ chief rival, the powerful vampyre known as Corpulus.He must do all of this while fighting against betrayal, a secret that could end his career, and fickle popularity pointsin the real world.


I should warn you that my favorite Christmas movie is Die Hard. Which is to say that my books tend to action-packed. If this sounds like your kind of book, strap yourself in and enjoy the ride.


You can view the book trailer on my Youtube channel: https://youtu.be/31gMsN1qiZg


Is your book or upcoming book an eBook, paperback, or both?


Soulbright is available in both ebook and paperback formats.


Is this your first book?


Are you planning to write more?


I have loads more to write. My next published book will likely be a sequel to Dreadknights. Dreadknights was intended as a prequel to the Impworld/Otherworld series, but the protagonist (Christine Johannsen aka Ogress Bloodskull) has become so popular that I gave her a sequel. Bloodskull brings our eponymous hero into contact with the characters from Luckbane as the Dreadknights of Outland find themselves working for the Impworld/Otherworld series’ biggest villain.


I have a few more projects in the worlds as well, including a few more nonfiction books, a vampyre tale, more books in the Impworld/Otherworld series, and a sequel to Johnny Came Home involving Sherlock Holmes. I’ve also promised my kids that I will eventually finish my children’s book, The T-rex and the Fuzzy Bunnies.


Is there anything you would say to other writers, that want to write and publish a book?


Yes. Write. Write every day. Write for at least five minutes every day. I’ve written about a book per year with that philosophy.


Where can my readers find your book and how they can follow you on social media? Leave only links that you want open to the public. 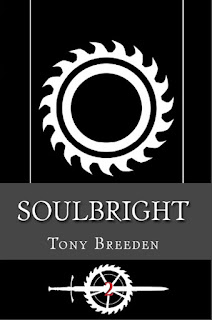 Thank you so much, Tony, for sharing with us. I can relate to you and why you write. Just the other day someone asked me, “Why do you write Christian Science Fiction and Fantasy?” And I replied, “Because I can’t find the stories I want.”

I invite everyone to follow and check out Tony’s books from the links above.
As always, Happy Reading and Writing Everyone

Get Updates To This Blog

Check Out All My Book On Amazon

My Interview with Tony Breeden

What is your name and/or pen name?   Tony Breeden. I’ve occasionally written under the pen name Sirius Knott.   What genre do you ...